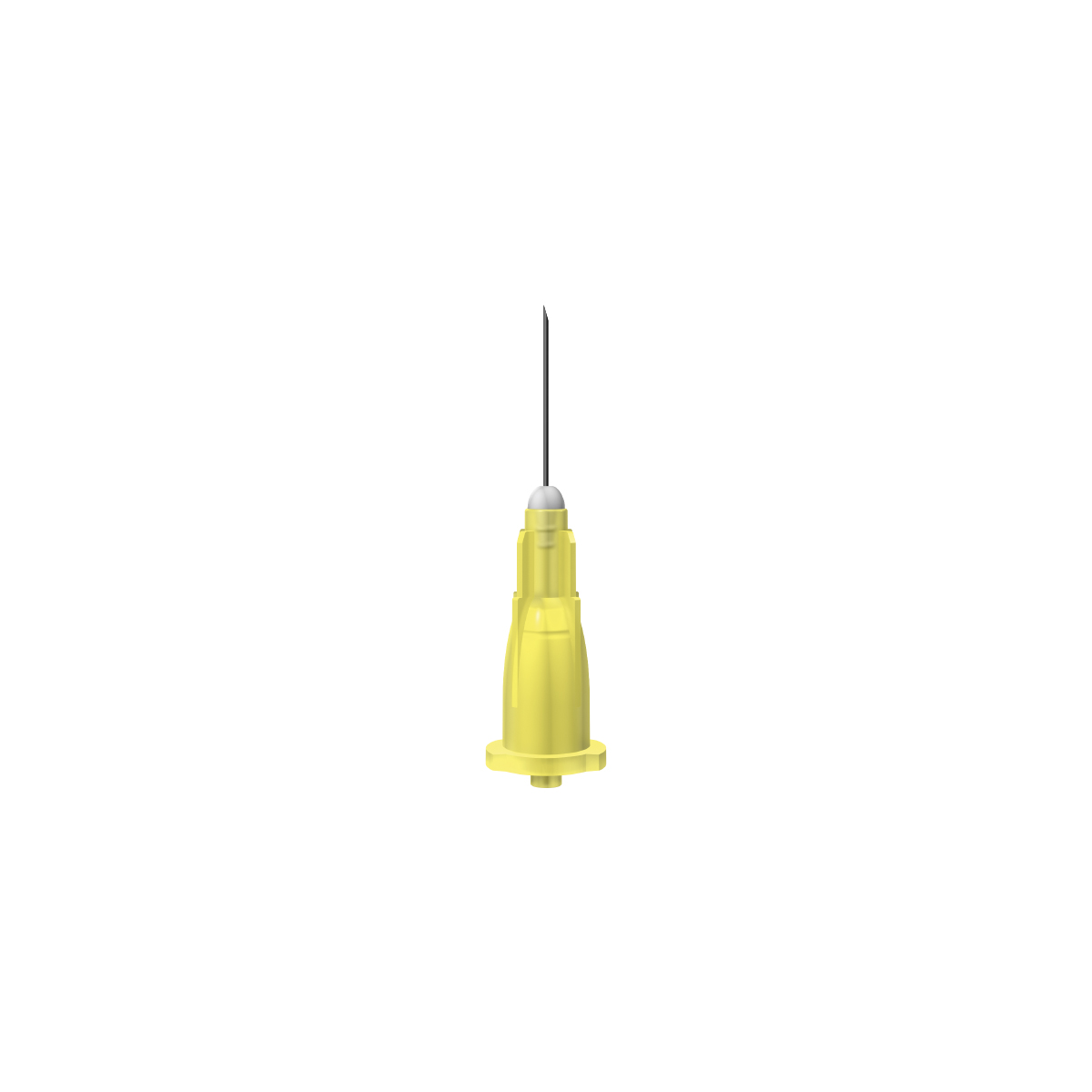 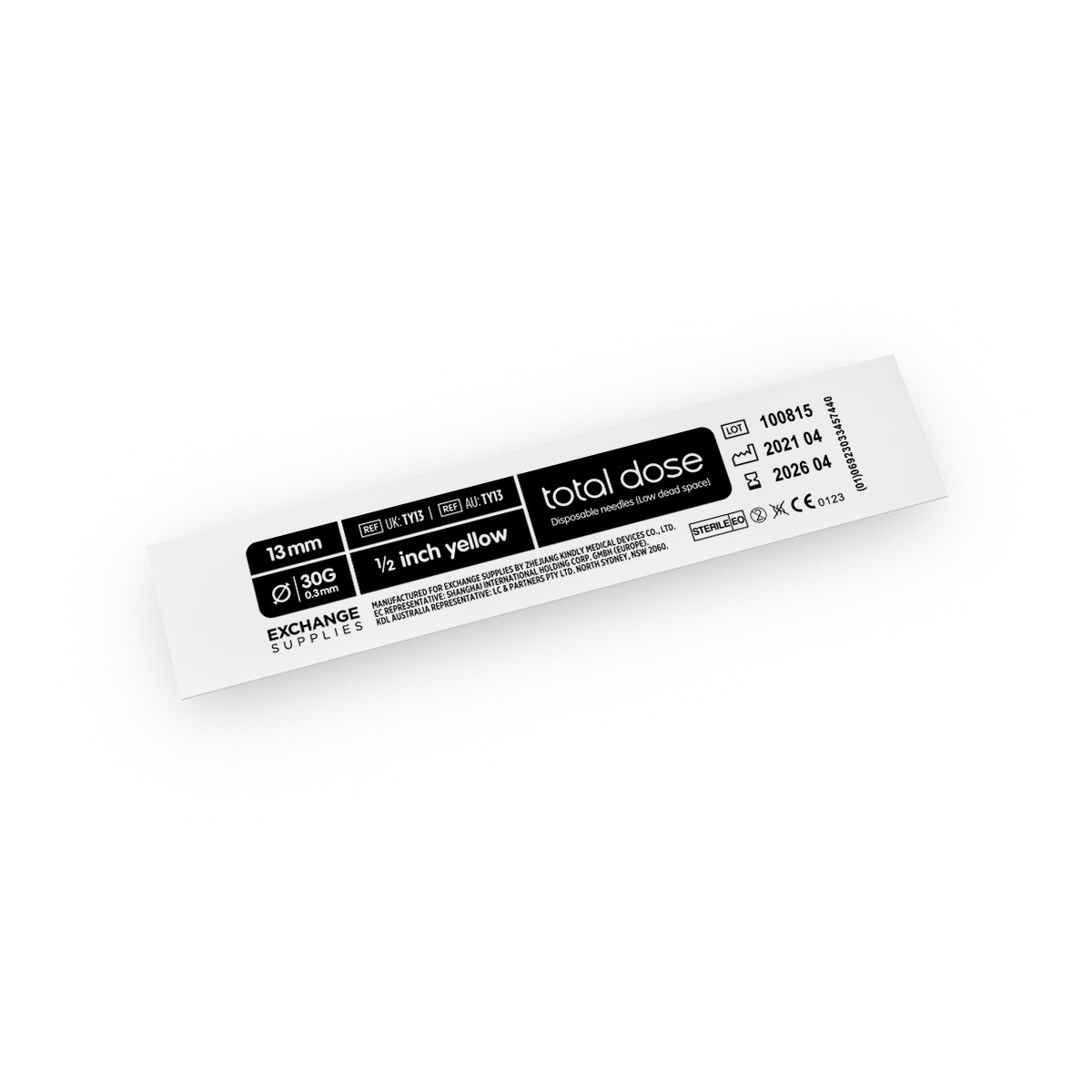 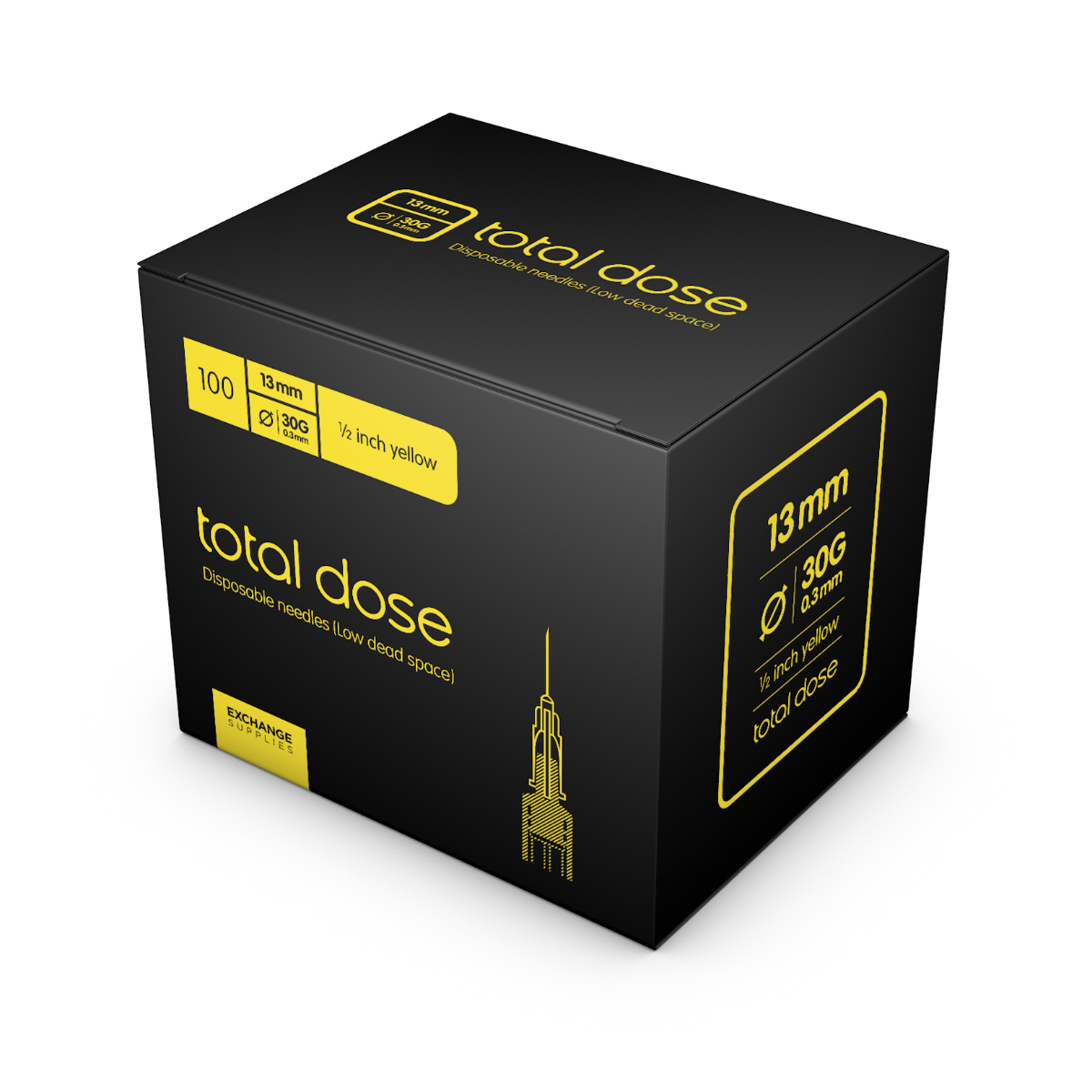 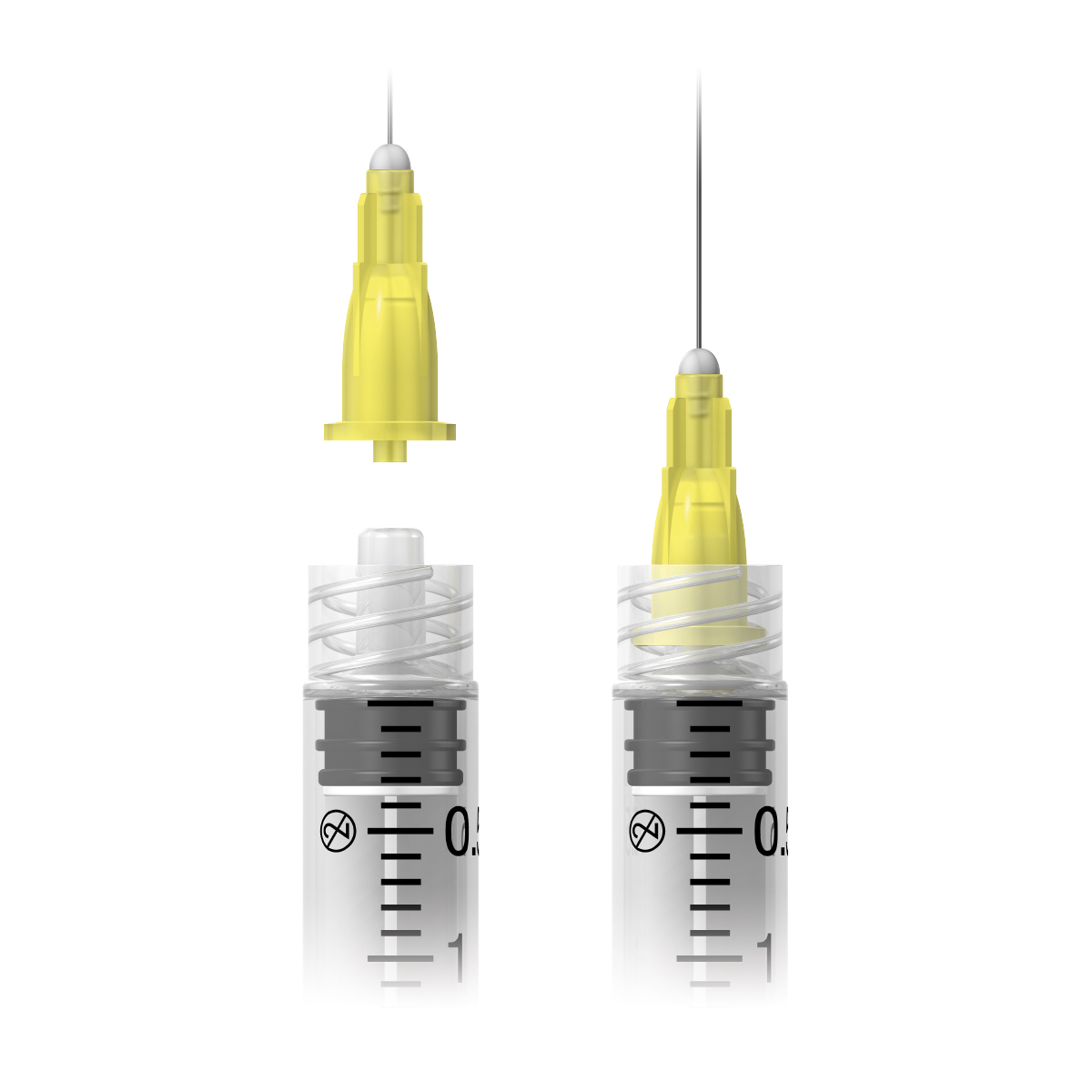 A short fine needle for painless injection under the skin, that is also ideal for intravenous injection into small veins, particularly of the hands and feet.


Total Dose Yellow 30G 13mm (1/2 inch) needles were designed for the Unifix range and total dose compatible syringes. They also fit some other 2ml (and larger) syringes for detachable needles.

Please note: Total Dose needles do NOT fit syringes that have a dead space reducing spike on the plunger.

What is the dead space volume?
We had the dead space in this product independently assessed at the Research Institute for Industry, Southampton University. Conducted by Dr. Xize Niu and his team, who are experts in microfluidics. The assessment used 2 different highly accurate measuring techniques to determine that the Total Dose needle design reduces the dead space available for blood residue following injection from around 91.6 µL (in a 'standard' Luer Slip needle and 2ml syringe combination) to just 26µL.


The dead space in syringes is a risk factor that has only recently come to light, but we know that the risk of HIV infection is related to the dose of virus that is injected - and the work of Bill Zule, an academic from the USA, has concluded that the reduction in dead space offered by insulin type syringes (such as the Unisharp fixed) and total dose low dead space needles may reduce the volume of blood to less than that which is required to transmit HIV infection.

The same may not be true of hepatitis C for a syringe shared immediately after use. However, we know that HCV survival in syringes is related to the volume of blood and so it is likely that the Total Dose needles have significant potential to reduce hepatitis C transmission as well. 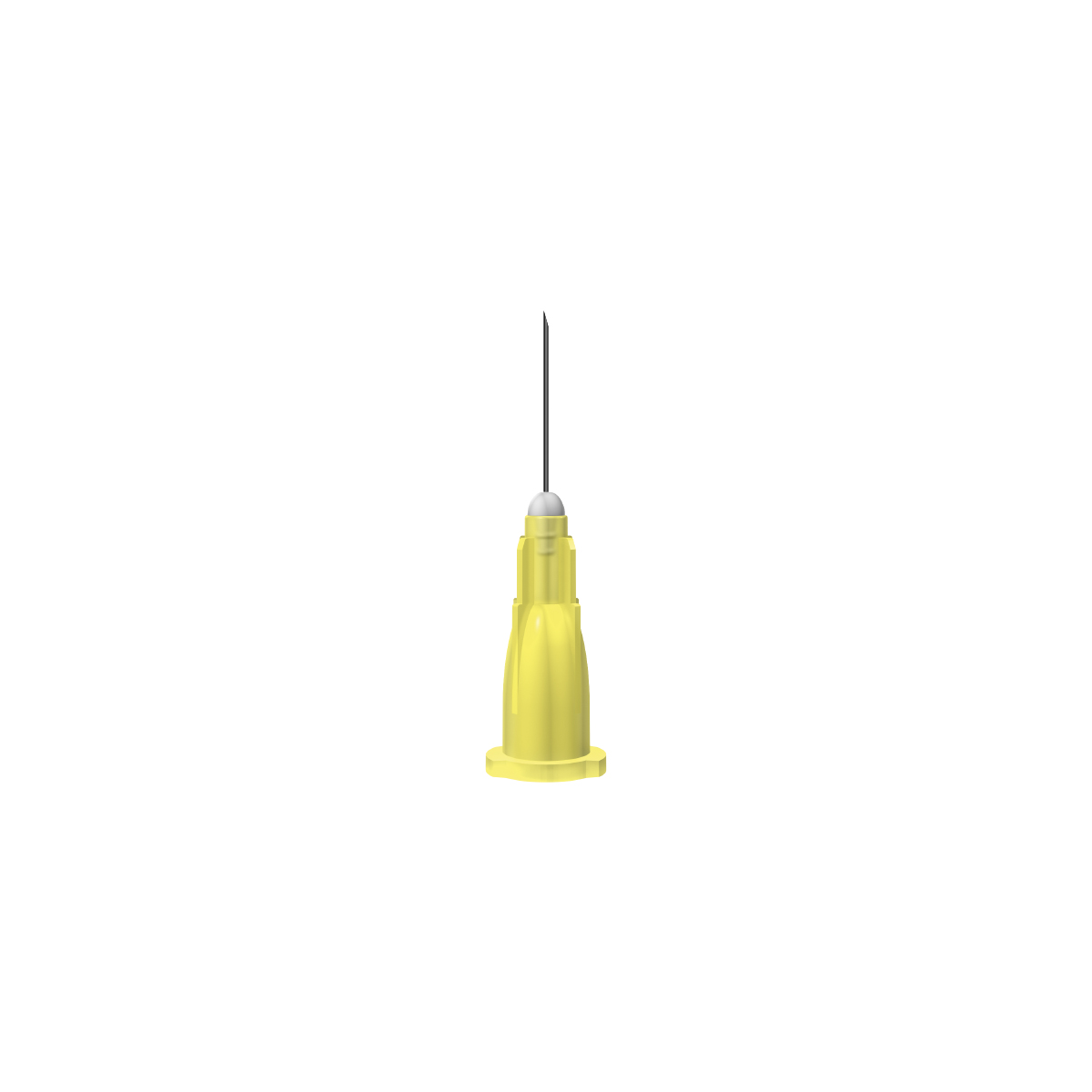 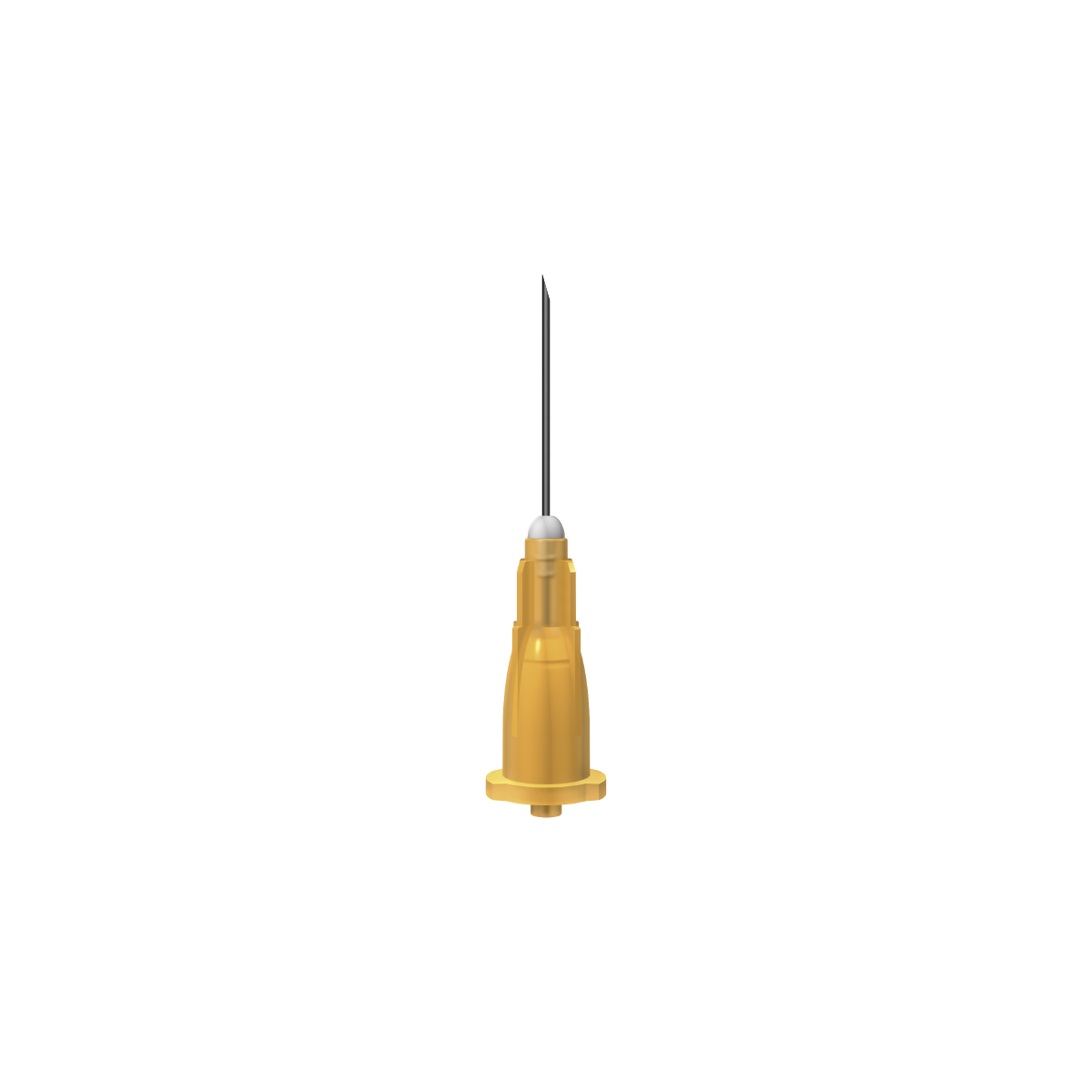 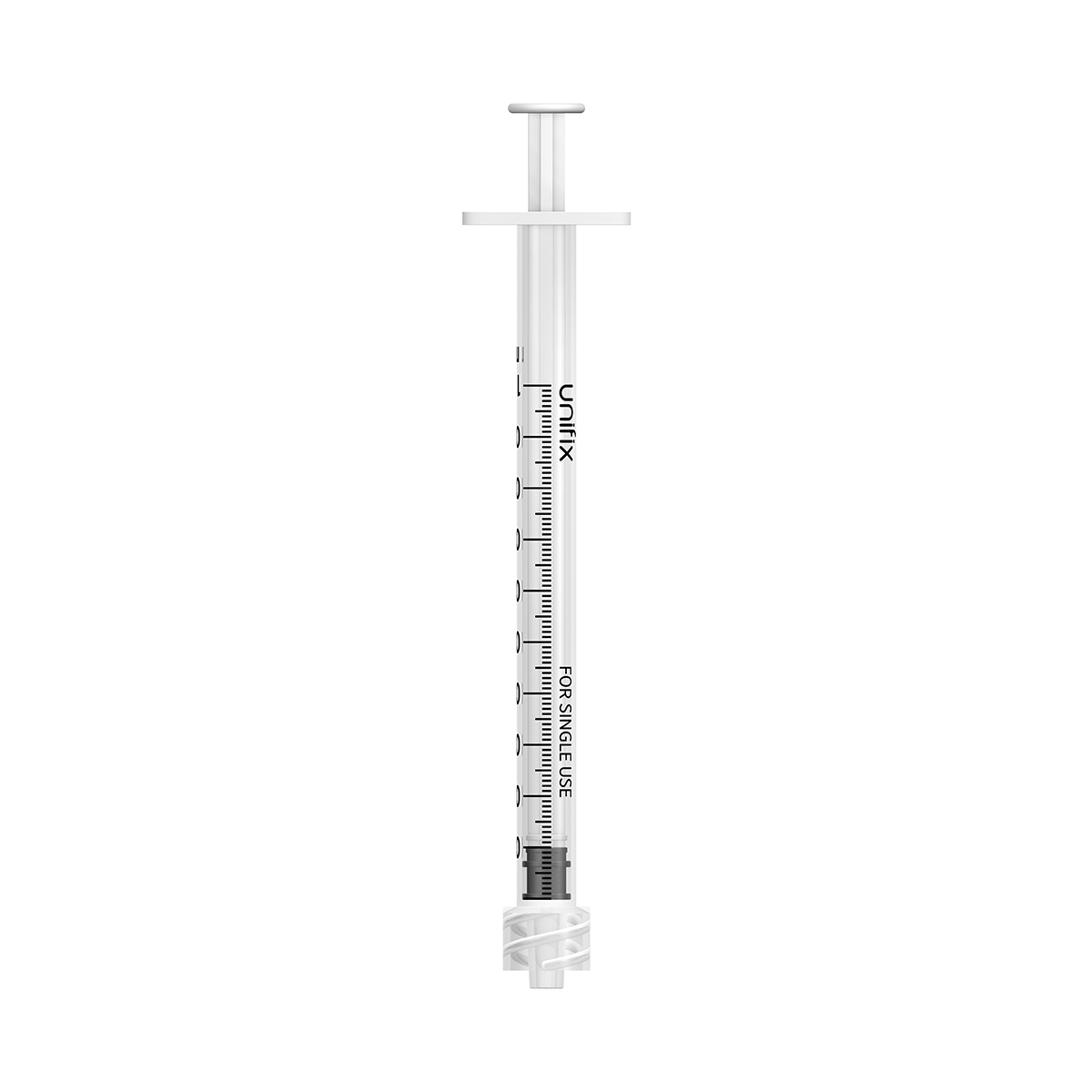 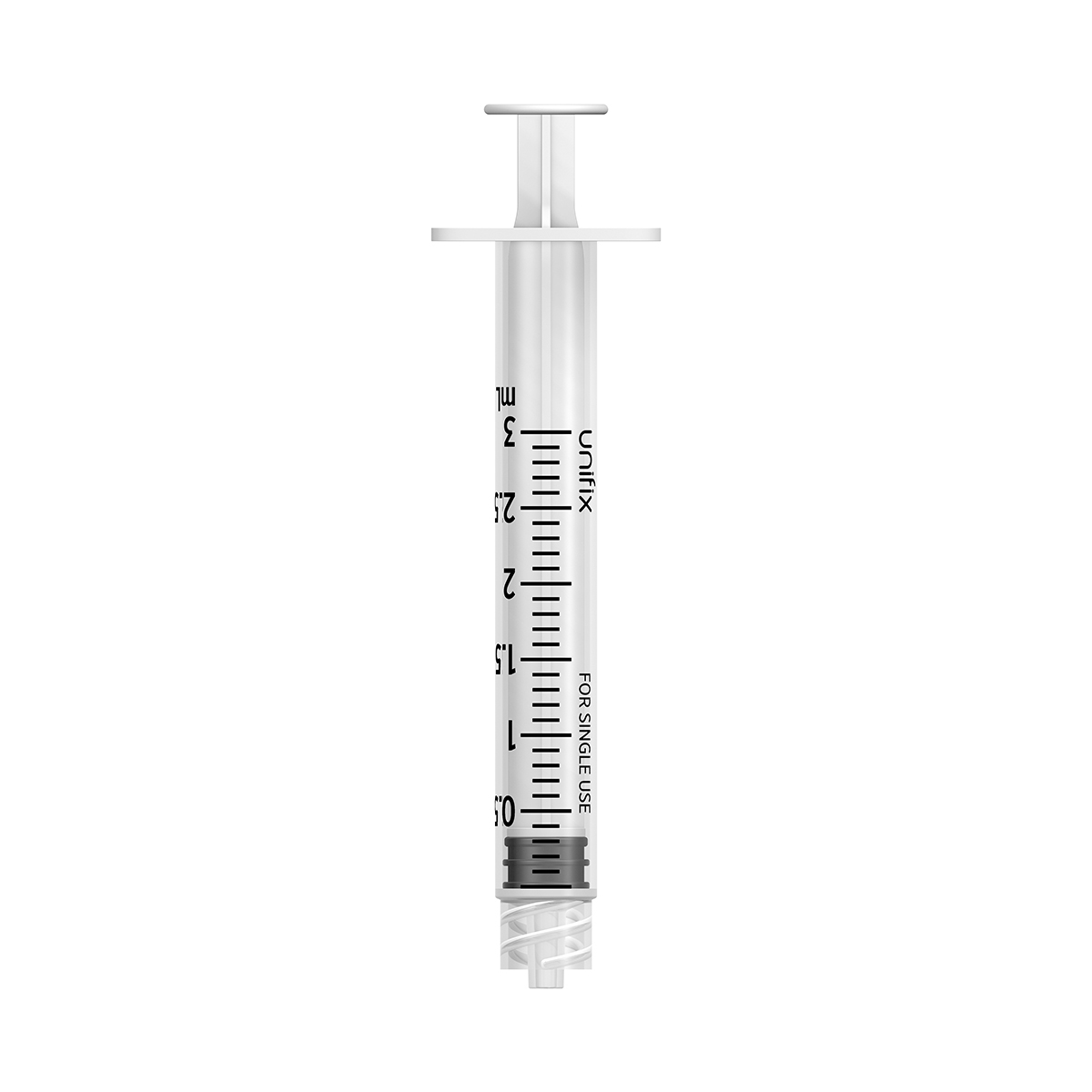